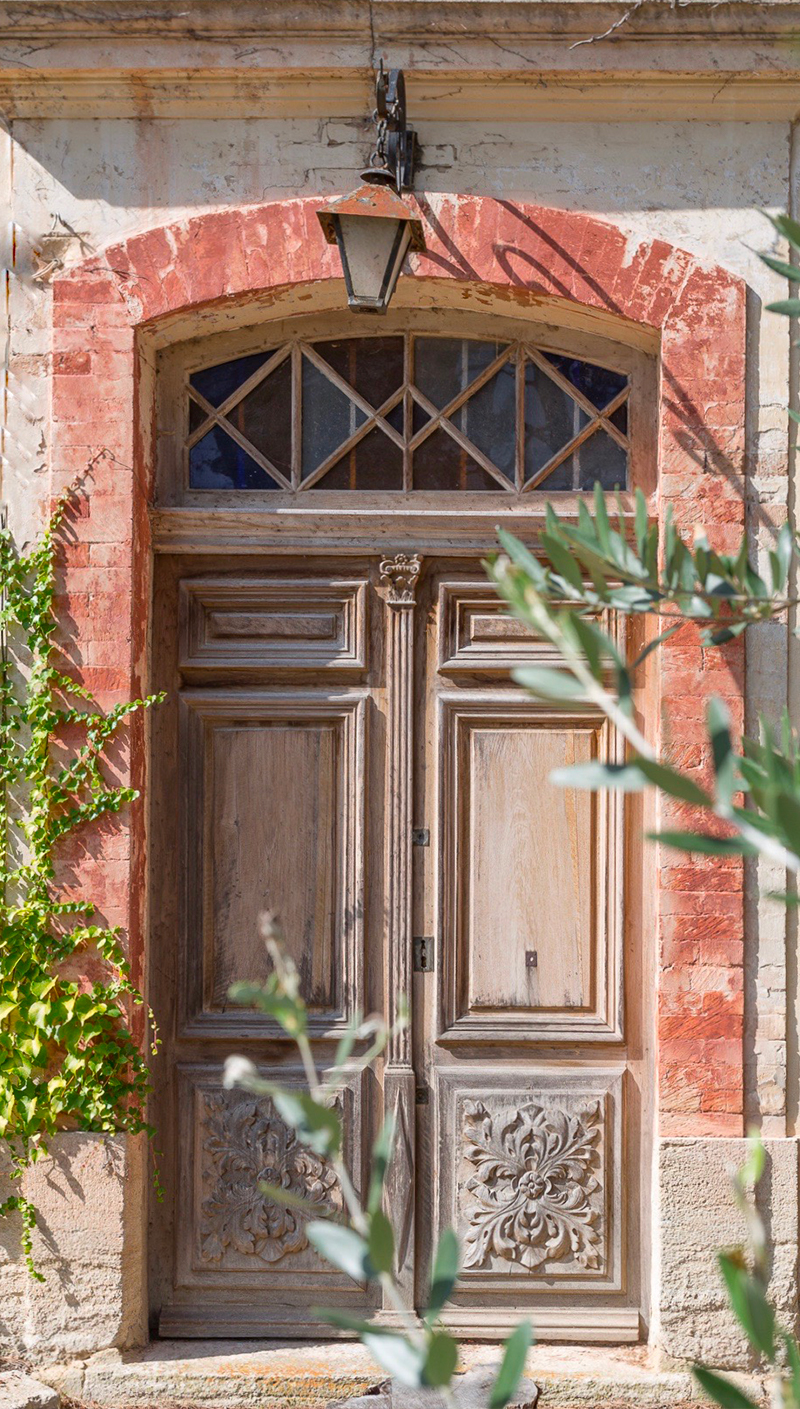 Hidden on the flood plain of the Ouvèze river, a famous terroir of the Garrigues of Vacqueyras, Château Bois d’Arlène is a beautiful property of 20 hectares (50 acres). It includes vineyards (7 hectares of AOC Vacqueyras, 2 hectares of IGP Vaucluse), a meadow, an oak and pine forest, an almond grove, a pond, the site of a now abandoned sheep pen, and a Provencal chateau. Formerly the agricultural land of the Popes in Avignon, it has become a diverse and abundant landscape. Its rich history and diversity bring a lot of charm to the place, and we are inspired to continue to write its story for generations to come. We wish to share our love for this unique environment with you through our wines. 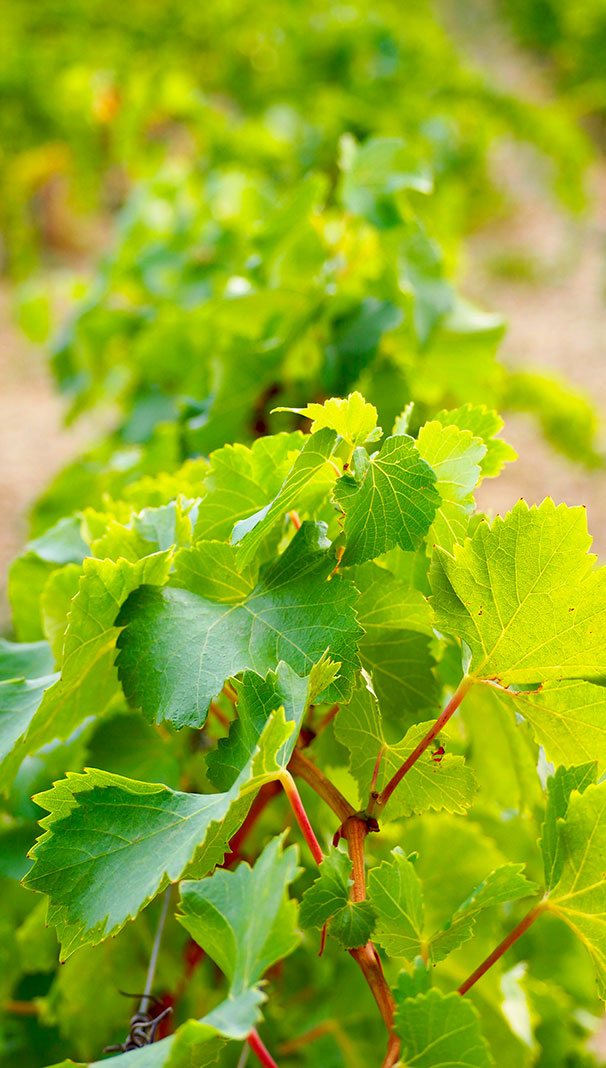 A LEGACY OF AGRICULTURE

Sarrians and Vacqueyras are former lands of the Comtat Venaissin, the territory of the popes from 1274 to 1791, when the region joined France. The terraces of the Ouvèze were exploited as farmland by the papacy of Avignon from the 13th Century to the 19th Century. They cultivated grapevines, as we do today, but they also grew wheat, which diversified the plant life, in particular following the attacks of Phylloxera, which ravaged grapevines in Europe from 1865 to 1920. Since the beginning of the 20th century, grapes are again the main activity of the region.

On the estate, there were remains of the sheepfold, or “Bergerie”, now rebuilt to look like the original. The buildings and moorlands recall the history of agricultural and pastoral activity. 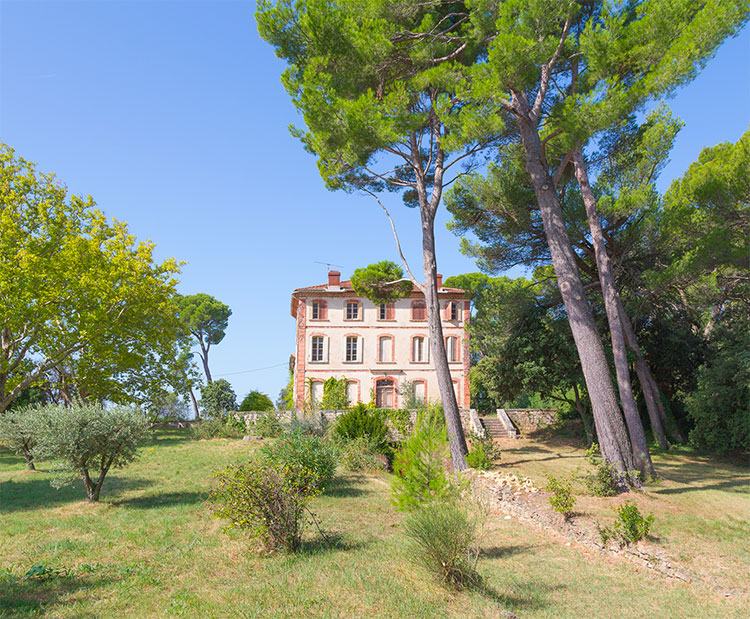 A TOUCH OF GRANDEUR

Built in the 1840s and known locally as Château Bernusset, the old Provençal manor house was renamed Château Bois d’Arlène in 2013.  Located on the highest terrace of the estate, it overlooks the pond, while it stays hidden in a pine and oak forest. Bordering the chateau is a majestic park, where giant plane (sycamore), oak, and lime (linden) trees flourish around an old stone washing basin. Formerly, the building was a popular and prestigious place for local inhabitants of the region to gather for celebrations and sharing. The elderly in the area have recounted tales of the lavish ceremonies that were regularly organized at the Chateau, with rides in carriages and large banquet tables; everyone in the surrounding areas were invited.

Much older than the Château, dating back to the 13th century, the sheepfold has always been a predominant site of activity on the property. It may well be the oldest house on the terraces of the Ouvèze. As both a living space for the sheepherder and an agricultural building, it fulfilled most of the needs for the inhabitants (human and animal) with the exception of the summer months, when the sheep (and shepherds) marched from the plains of the Garrigues to the hillsides of the Dentelles de Montmirail in a ritural known as the transhumance. It is in these walls of the sheepfold, filled with history that we chose to build our cellar and winery. They will be located in the old barn, situated underneath the ground level. This will allow the wines to naturally benefit from a low and stable temperature all year long. The tasting room will have a prime site in the building in the center of the property. 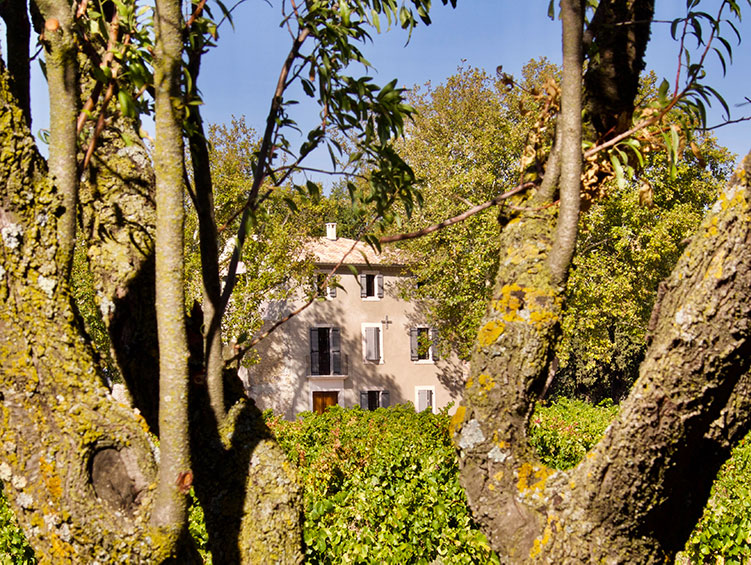 Among the Garrigues vineyards, with mostly clay and limestone soils and rolled pebbles, exposed to intense sunshine, a high risk of drought and the mistral, Château Bois d’Arlène has a strong and charming advantage: its pond. Classified as a protected wetland, it is home to a unique flora and fauna; migratory birds, Colvert ducks and Mediterranean frogs cohabitate on the shores. The pond also brings the freshness and humidity necessary for the good development of the vines and grapes. In addition, the presence of wildlife, like deer, wild rabbits and wild boars, live peacefully in a protected hunting reserve, and complete the virtuous circle of the precious and necessary biodiversity.

To know more about